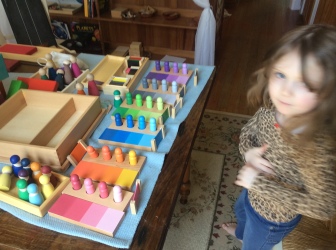 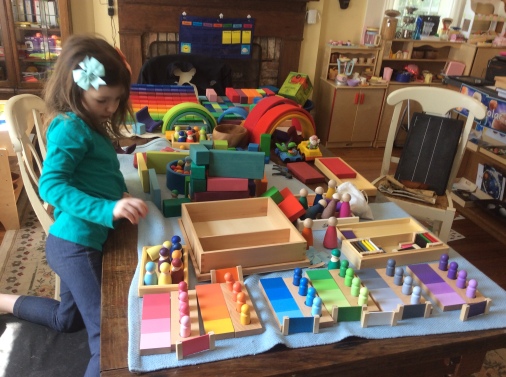 Maggie works on building with the rainbow & blocks while Lily works on a color grading activity. 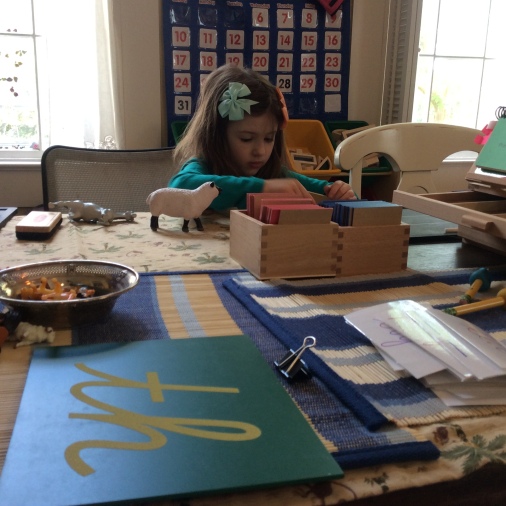 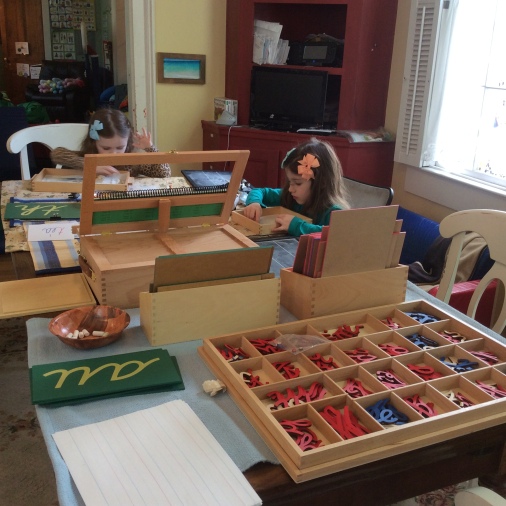 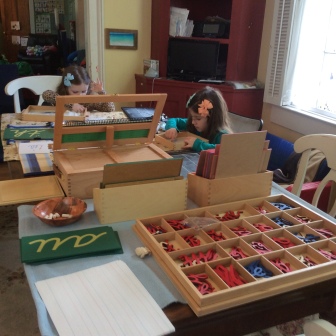 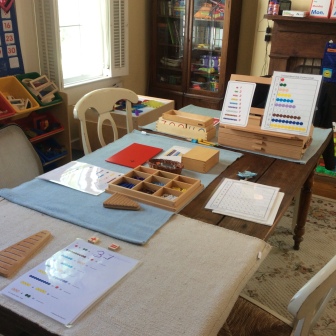 Language:  maggie has taken an interest to cursive writing.  She is attempting to write it now and does a fairly good job at her first attempts. I pulled out the cursive letters recently to work with phonenes to add interest to writing the phonenes and working with the association method with lily.  This way I can spell out the sounds as well as the kiddos while practicing tracing & writing them.  Math: photos above show laminated beadwork sheets that the kids are familiar with and Maggie is beginning to combine the symbols with her beads.  She’s lining up math problems.  Lily understands the association and we will be taking this step next week. 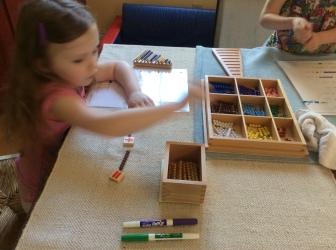 More math.  The girls are recognizing tens well now.  Recently, I brought out the small bead frame which represents units, tens, hundreds and thousands.  The girls have both used the stamp game.  Maggie has used addition with the stamp game and Lily has represented single numbers.  Lily will heed more work adding with the stamp game and simple addition with the small bead frame.  I have worksheets for simple addition to use with the frame that I need to follow up on before presenting them to the kids.  They look complicated do I might use simple paper & pen for now. 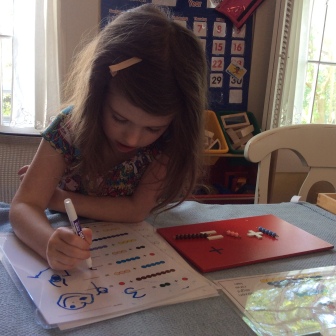 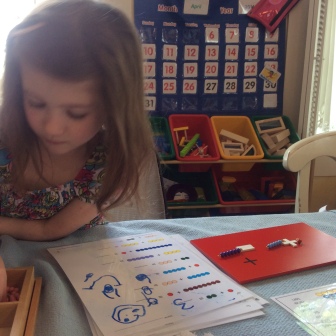 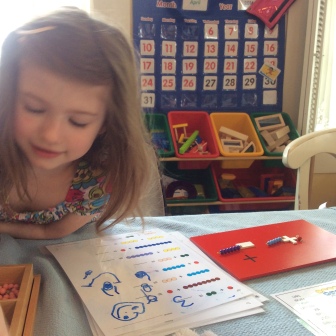 Some work from today……

Work completed today included English revolving around the Houghton Mifflin English textbook. There is a matching workbook that we use alongside the text….I found that the girls do well with a standard textbook and we add other materials and ways to learn through general workbooks, internet based learning and Montessori style materials. Today’s focus was […]