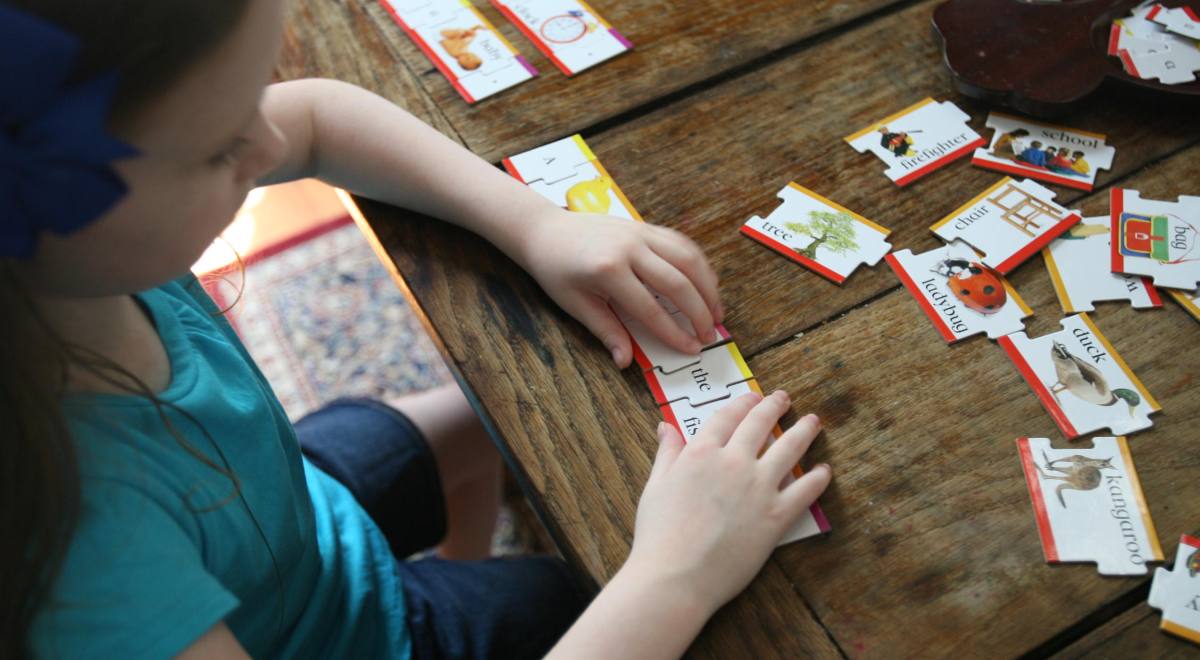 We started the day out with puzzles that revolve around spelling.  They were fairly simple language puzzles so the girls decided to spread out all the pieces to make it more challenging and to see how fast they could complete them.  One of the puzzles were simple nouns to picture match, the other was spelling of the letters individually with an added picture, the third being opposites.   The puzzles were a great warm up using fine motor skills that help Lily get involved with her fingers before she starts handwriting practice. 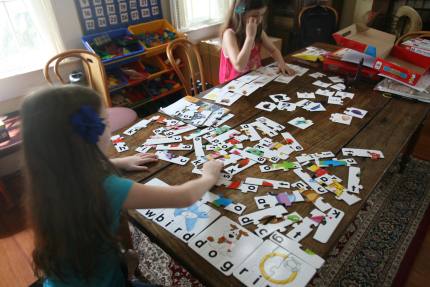 We used another puzzle called the Silly Sentences Puzzle to identify different parts of speech (as a break from the grammar board) and focus on capitalization of letters at the beginning of sentences and punctuation at the end of sentences though there were only periods with the puzzle.   We did a mini lesson on the side about how to change sentences with punctuation.  I took a simple sentence and wrote it on the whiteboard, “the cat is fat” and went about showing the how punctuation changes the way we speak sentences not just what they intend on saying.   The puzzle had the parts of speech which were nouns, verbs, articles, adjectives and a few prepositions.   I pulled out our Montessori grammar symbols so the girls could do a few examples of grammar work with their new sentences they created. 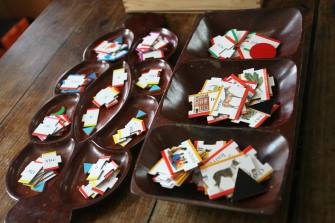 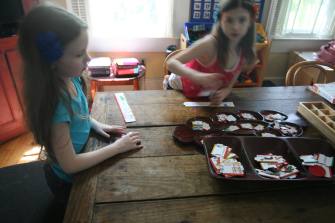 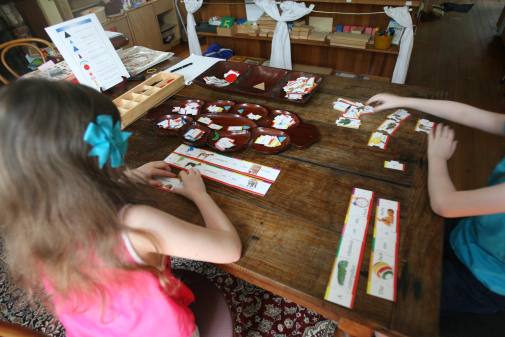 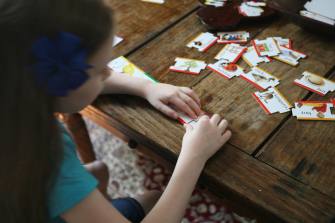 I divided the parts of speech in some wooden bowls to make it easier to access and threw in a few grammar symbols to help them remember what was what.

We worked on the Hooked on Phonics workbooks today also pulling reading into the day with some sounds that Lily has had a hard time articulating.  It is usually sound combinations that she finds difficult and very specific.  Sounds in Hooked on Phonics today covered today but not limited to:

Lily had a very hard articulating some of these sound in combinations with certain words.  Some words she has memorized so she had no problem with.  But other words she was actually reading took her some time to get her mouth accustomed to creating the sounds.

We took out the Pink Series Words in our Montessori boxes which cover the vowel sounds as a review of words to see how quickly the girls could match them out.  The vowel boxes are the words and the pictures to those words where you are expected to make a match.  We usually combine this with handwriting of the words but just did matching today.  Maggie covered: /o/, /u/, /e/, /a/, /i/, and in the blue boxes /sh/, /ch/.  Maggie covered the pink series word book /o/.   Lily covered: /u/, /i/, /a/ alongside the pink series word books /a/.  Both kiddos worked on the rhyming boxes /o/ and /i/ and Lily is very quick when it comes to matching rhyming words. 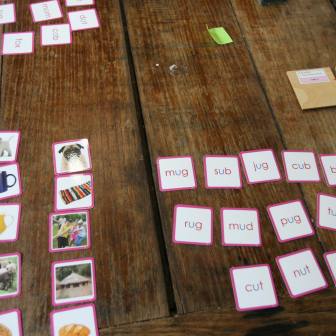 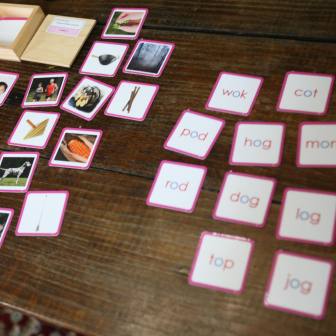 We played a little in Khan Academy also as I’ve just started out using the program recommended by a friend.  I found some content that was appropriate to what we were learning about and the girls worked on some of it in the subject of math today.  We did Ordering by length and Measuring.

Fun with Geometry and Measurement

One of the subjects we brought back that we have been looking further into is geometry and measurement. The girls have long known their shapes and their solids but they are finally getting to apply all that information that they have learned. In addition to using the Montessori Solids we combined a flipbook of various […]